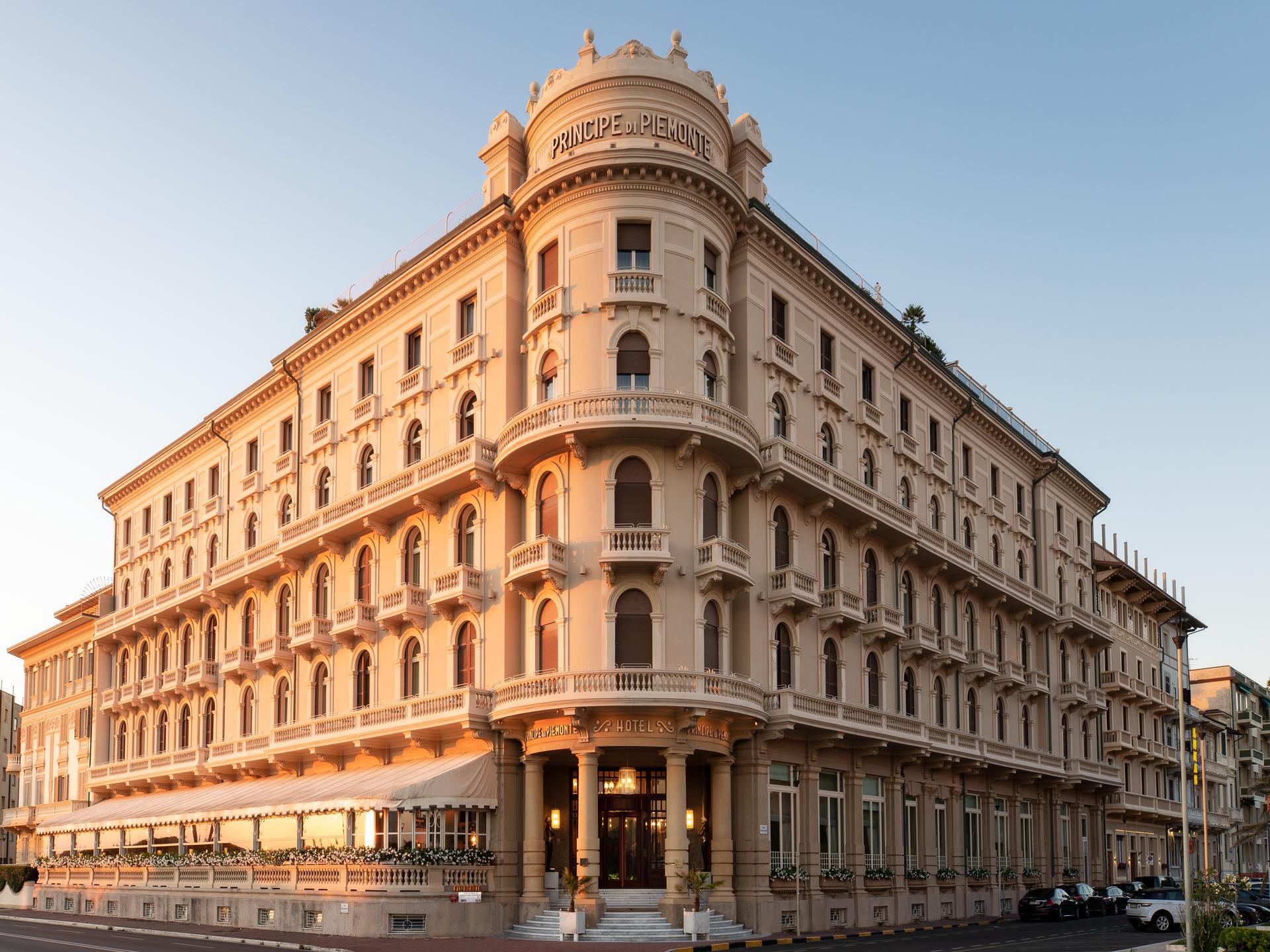 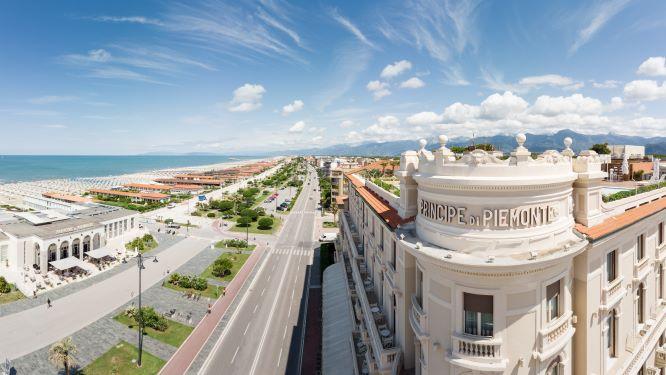 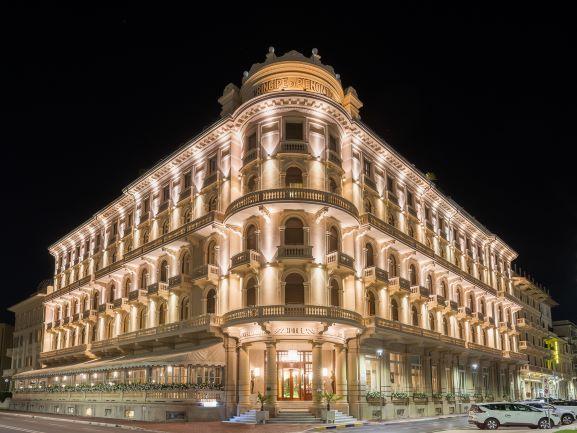 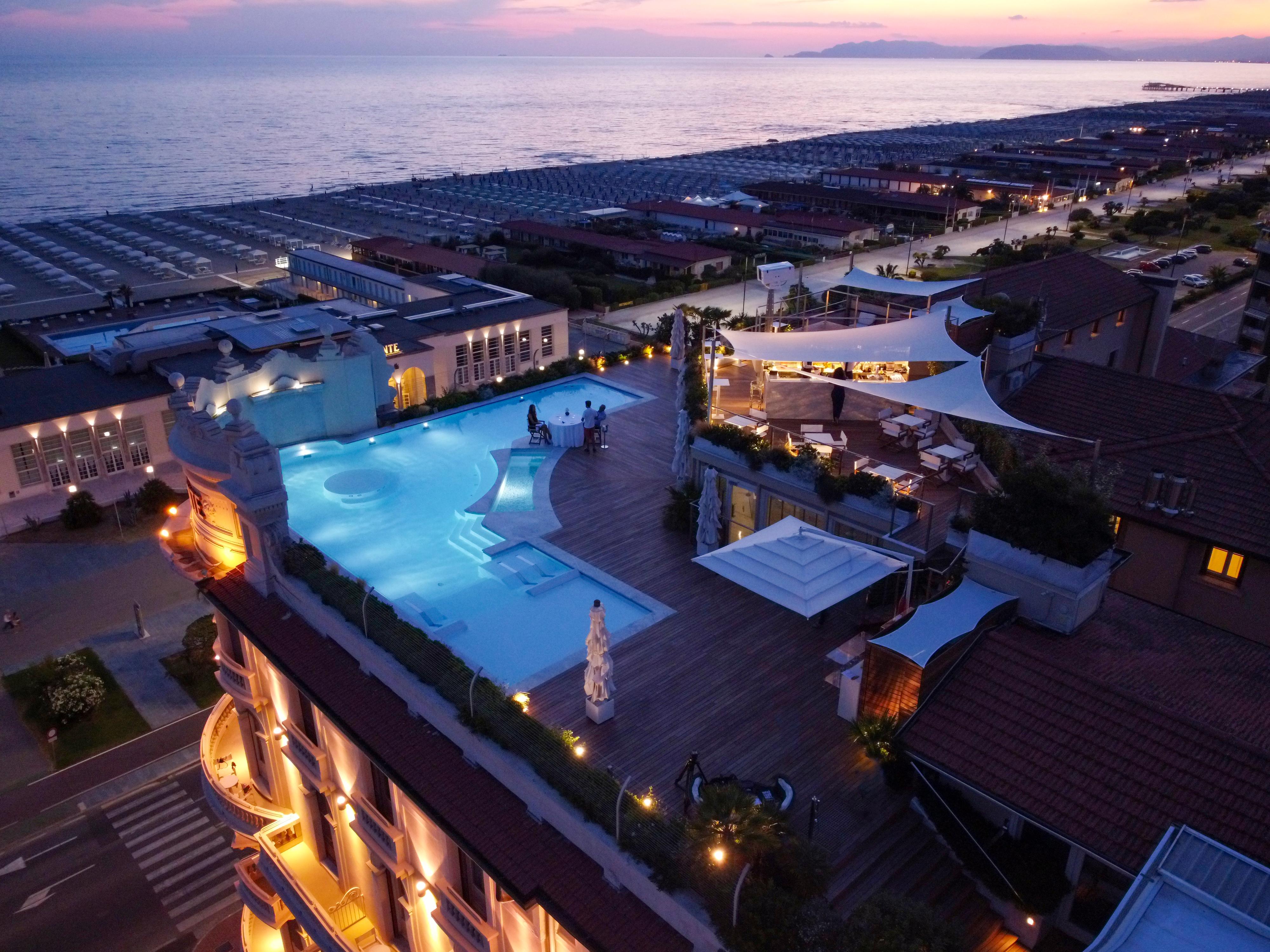 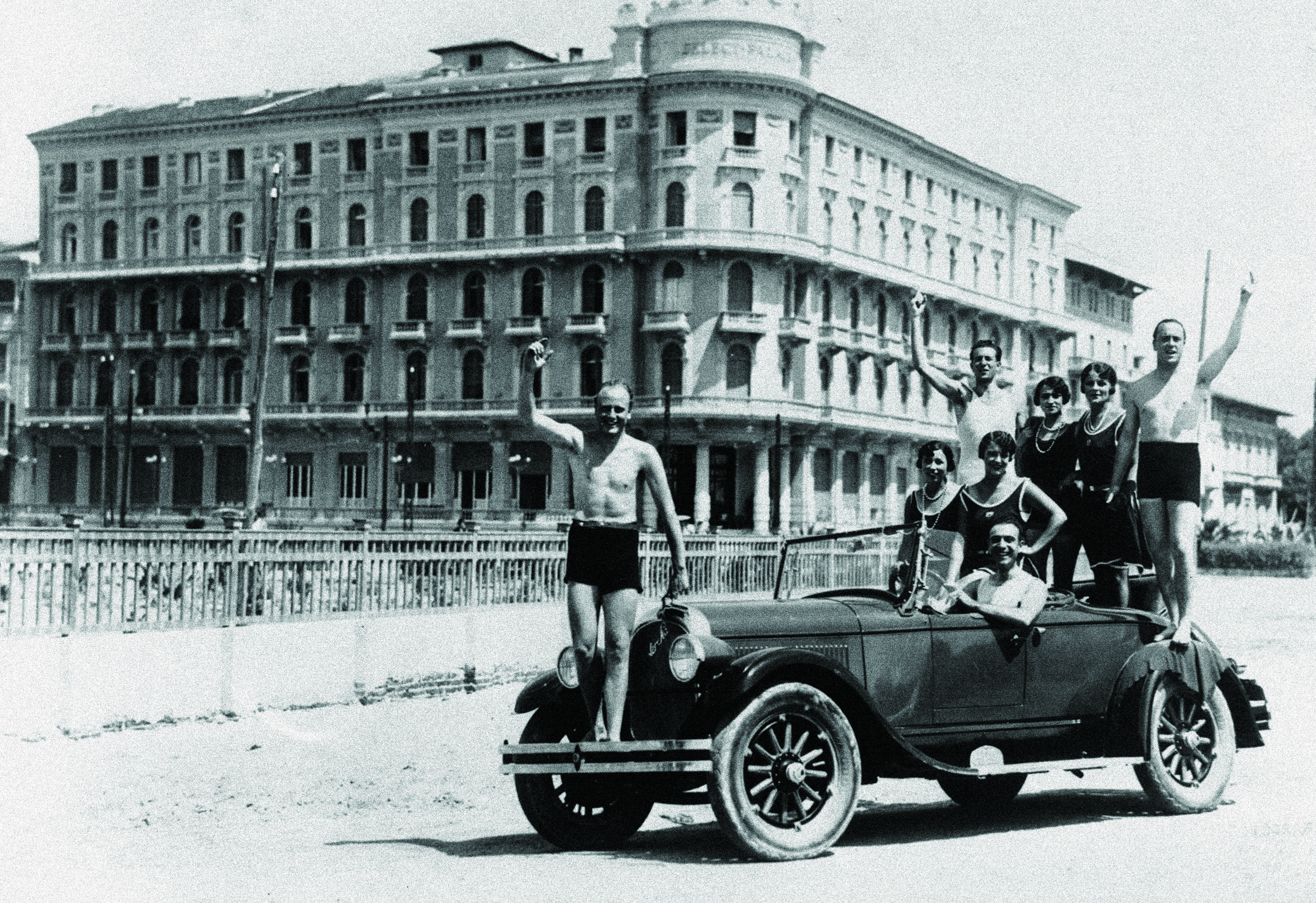 Founded in the early Twenties with the name Select Palace Hotel, in 1925 it was extended by two floors and embellished by the magnificent façade that harmonizes the central part. Time has transformed it into a Grand Hotel of international fame that is the preferred residence of aristocrats, intellectuals, and artists alike. Rechristened the Grand Hotel Principe di Piemonte in 1938, its grandeur has captured the attention of countless directors becoming the scene for prestigious cinematographic productions. Restored to the height of its splendor in 2004, after 19 months of restoration, today the Principe is unquestionably one of the world’s most historic and elegant hotels. The Grand Hotel Principe di Piemonte has 102 rooms and suites laid out across five themed floors either with a sea view or looking out at the Apuan Alps with every modern comfort and offering truly excellent service. The rooftop terrace is situated on the top floor of the Grand Hotel Principe di Piemonte, a stunning location with a magnificent pool overlooking the sea of Versilia.

The Grand Hotel Principe di Piemonte is perfect for those who want to attend the Andrea Bocelli concert in Lajatico because it offers a series of impeccable services in an enchanting setting.

The hotel is about an hour’s drive from the famous Teatro del Silenzio, the location that, also in 2021, will host this prestigious annual event, now in its fifteenth edition.

An event already scheduled for 2020, but postponed due to the emergency linked to Covid19. Therefore, in the course of 2021, it will be renewed an international event of great prestige, a concert event in the native land of the Master, ready to become the international capital of music for two summer evenings.

Waiting for 2021, Andrea Bocelli performed at the Teatro del Silenzio on July 26th. An event with a strong symbolic value thanks to the notes of the Master and the installation “People” by Alberto Bartalini.

In this way, the Teatro del Silenzio continues to live in the imagination and in the hope of tens of thousands of spectators represented by the multi-coloured flags of “People”, from all over the world, installed in the theatre and a symbol of the public but also of the festive atmosphere of the event as well as a strong message of trust.

The location of the Grand Hotel Principe di Piemonte is definitely strategic, convenient for those who want to attend the Bocelli concert in Lajatico.

The performance will be held in the suggestive Teatro del Silenzio, among the iconic Tuscan hills, accessible from the hotel via the A12 / E80 road.

The theatre is a small jewel in the province of Pisa, whose structure is set up specifically and only for the event, ready to leave space for nature again at the end of the event.

Erected by the will of Bocelli himself in his country of birth, the theatre was built in 2006. The idea is to assemble the structure for a single show all year round, hence the name of the Teatro del Silenzio.

The theatre consists of a circular stage at the centre of which a different scenography is displayed each year, always created by a different artist. Blocks of Tuscan travertine form the background to the stage. On days when the theatre is not in operation, the stalls are dismantled and the stage becomes an artificial lake.

The area dedicated to the show measures 5,000 square meters, with 1,000 meters of wooden fence and 5,000 newly planted native plants.

Not just a theatre, but a place of general culture also thanks to the works that over the years have defined its scenography. Among the artists who, over time, have created and donated their works to the Teatro del Silenzio we remember: Arnaldo Pomodoro, Igor Mitoraj, Mario Ceroli, Kurt Laurenz Metzler.

The Grand Hotel Principe di Piemonte waits for you for the Bocelli concert in Lajatico.