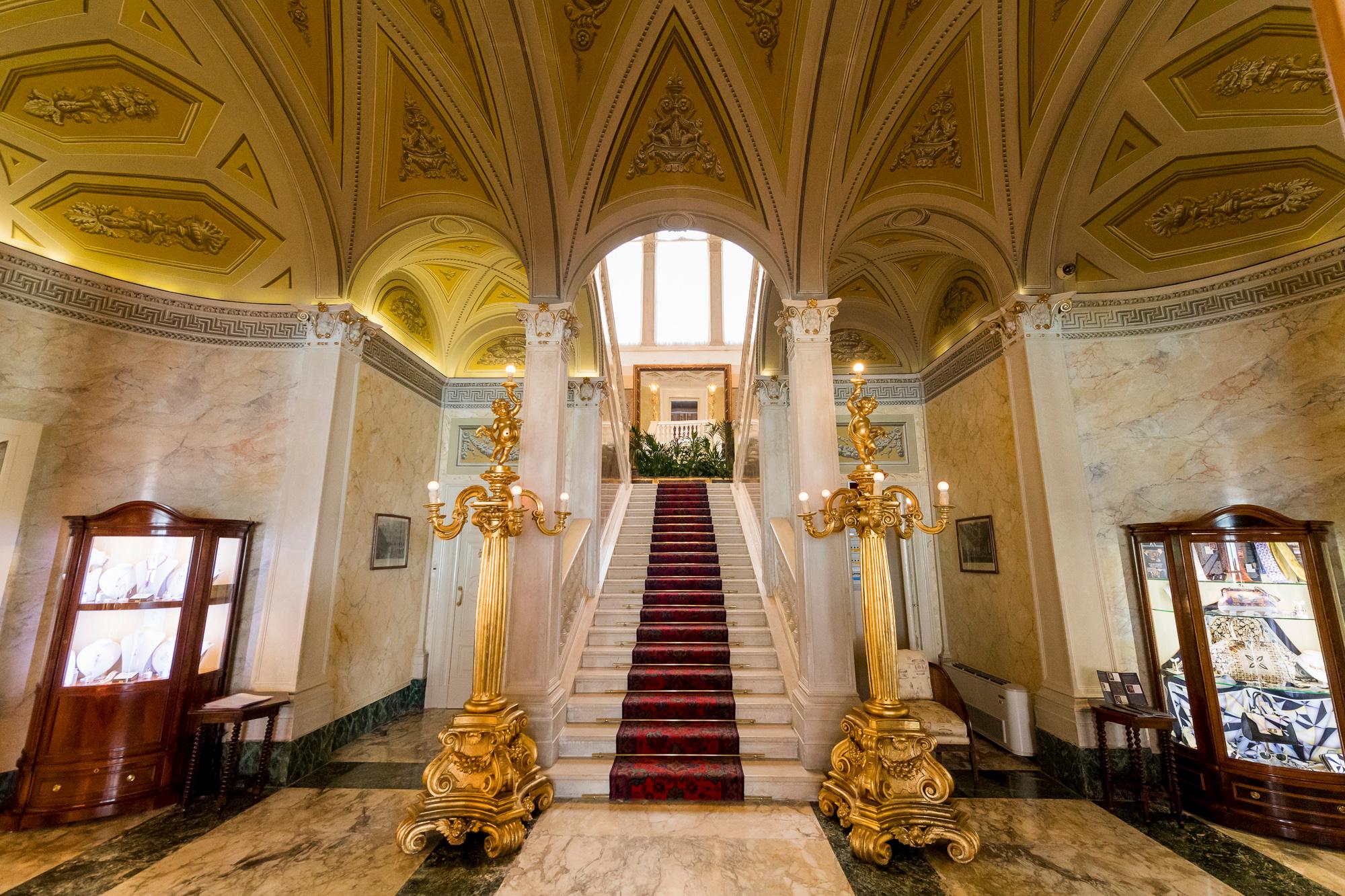 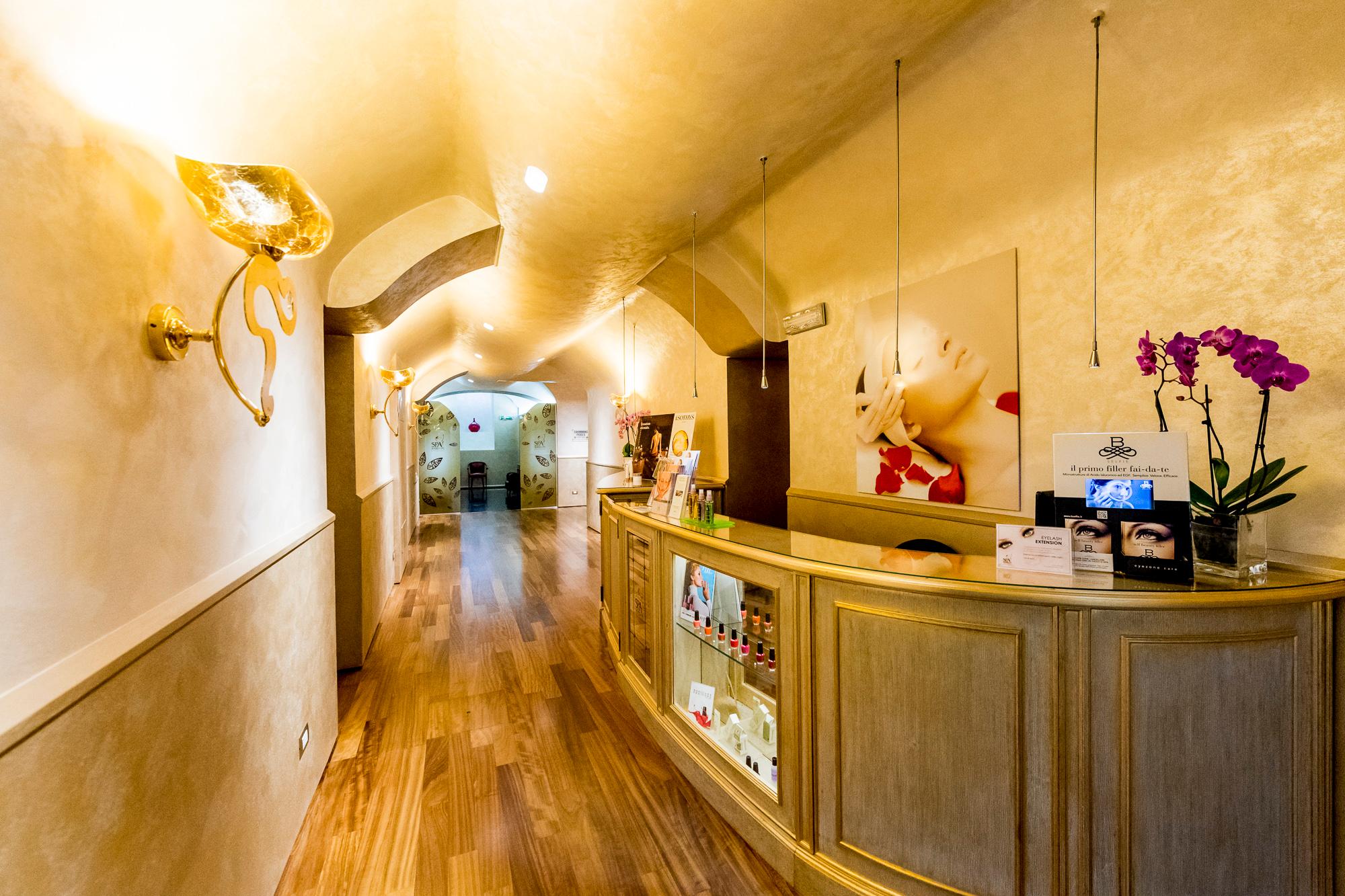 Since 1873, The Grand Hotel Villa Serbelloni has been one of most elegant hotels in the Lake Como area and the only 5-star deluxe hotel in Bellagio. From April to October, the salons and the large lakeside garden offer guests the chance to enjoy a holiday far from the madding crowd and close to nature immersed in one of the most beautiful panoramas in the world. Lovers of peace and quiet can alternate the pleasure of a poolside drink with beauty treatments and programs at Villa Serbelloni SPA, the hotel's own beauty farm. Or they can set off from the private dock for a motorboat trip to the historic gardens along the lake which, in Springtime, attract tourists from all over the world: especially for the wonderful flowering of the azaleas. For those enjoying sports, they can take advantage of the hotel gym, squash & tennis courts, a variety of watersports, or enjoy delightful walks or take a mountain bike out on the Bellagio promontory, before freshening up in the swimming pool overlooking the lake.

The Pearl of Lake Como

The position of Bellagio is truly exceptional, even among the thousands of enchanting Italian locations.
Its temperate climate has for many years’ favoured vacations and working meetings even during the low season.

In the northern regions, just south of the Alps, Italy offers a wonderful series of lakes which have always attracted tourists and visitors in search of suggestive panoramas, artistic treasures, and the riches of nature.
Among the larger lakes, the richest in terms of charm and culture is Lake Como. Its unmistakable upturned Y shape was carved out by a glacier that was forced to split into two by the mountain that stood in its path. Lake Como offers the visitor the longest and most indented coastline of all the Italian lakes (170 km) as well as some of the most delightful natural and architectural gems of the entire peninsular.
Bellagio is particularly fortunate with its climate: a truly Mediterranean surprise in the midst of the mountains. Lake Como is the deepest in Europe (410m) and the great mass of water acts as a thermal reserve which gives mild winters and summers to the surrounding area as well as approximately 200 days of sunshine per year. For this reason olives and laurels were planted here by the ancient Romans, along with numerous plants from the world’s more temperate regions.
In this earthly paradise Bellagio occupies the most scintillating spot; the extreme point of the promontory which divides the two southern branches of the lake.
The result is truly surprising: a delightful little town with its perfectly preserved architectural treasures, which is almost entirely surrounded by the blue waters of the lake and rests gently on the lower slopes of the mountain in the midst of intense greens woods.
This is Bellagio, “the pearl of the lake”: just a short drive from Milan, Como, Bergamo, Varese and the Swiss border. An oasis of beauty which can be easily reached, and where the Grand Hotel Villa Serbelloni, classified among the top 20 in Europe, offers its historic charm together with all the facilities to satisfy the most demanding visitor.